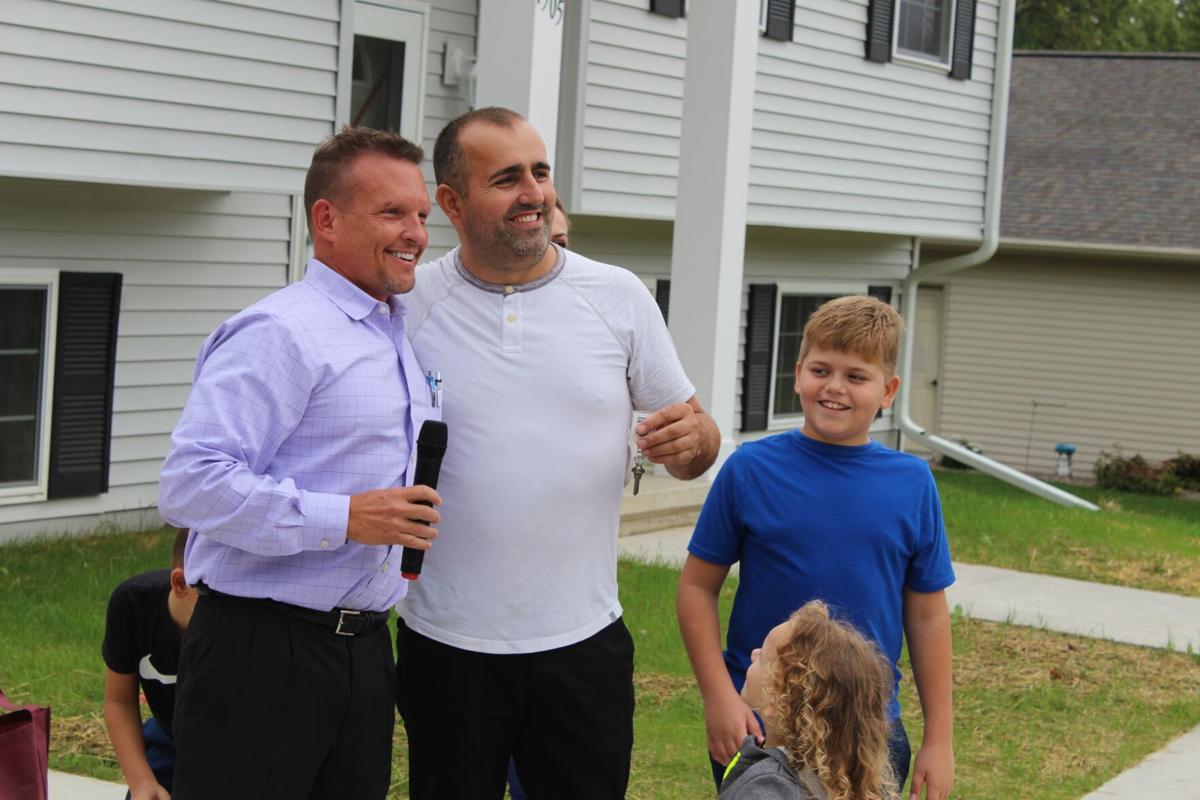 Mike VanderZanden (left) of Amerequip poses for a photo after he handed the keys to a new house to Najazi Guri.            Mark Sherry photo 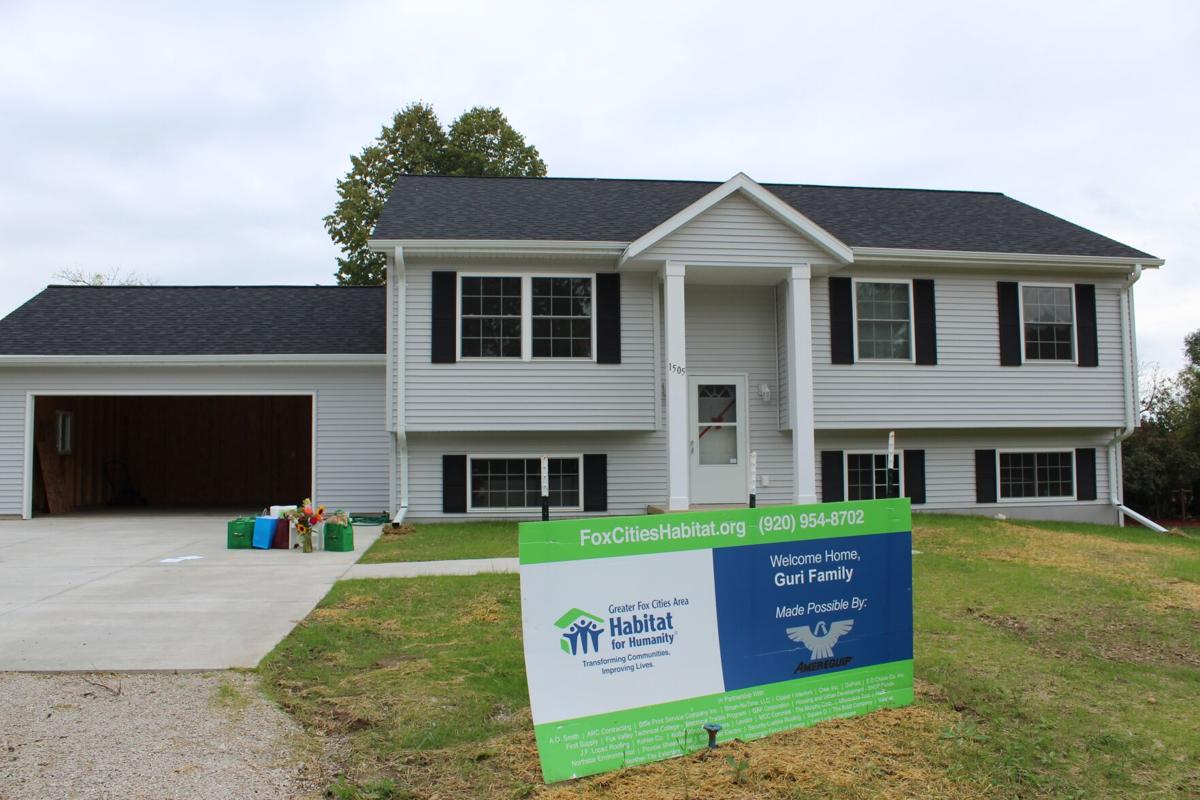 The keys to this new home at 1505 Stonewall in New Holstein were turned over to the first-time homeowners on Monday. 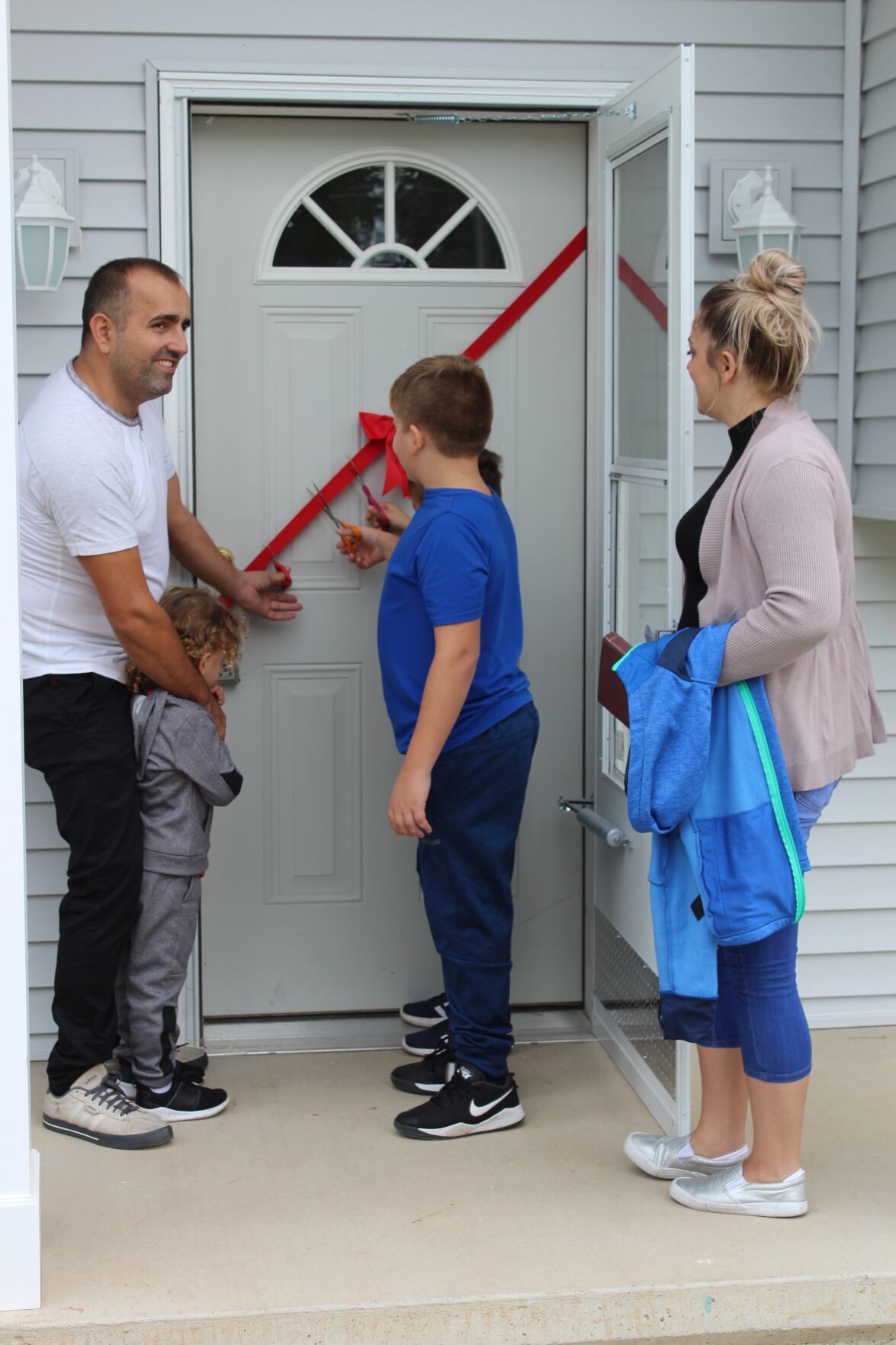 Najazi and Nora Guri and their children cut the ribbon across their new home’s door.

Mike VanderZanden (left) of Amerequip poses for a photo after he handed the keys to a new house to Najazi Guri.            Mark Sherry photo

The keys to this new home at 1505 Stonewall in New Holstein were turned over to the first-time homeowners on Monday.

Najazi and Nora Guri and their children cut the ribbon across their new home’s door.

A celebration took place Monday, Sept. 13 outside a home at 1505 Stonewall Dr. in New Holstein—the new home of Najazi Guri and his family.

The home is the finished product of efforts of the Habitat for Humanity organization and local manufacturer Amerequip which provided much of the volunteer labor this summer to build the home.

Mike VanderZanden, president and CEO of Amerequip which has facilities in New Holstein and Kiel, turned the keys to the house over to Guri and his family. “This is a dream come true for me and my family,” Guri said. “I’m so thankful to Habitat and Amerequip for making this happen. It is a day I’ll never forget.”

Amerequip was the lead corporate sponsor for the build and had more than 160 team members involved in the project. In addition, Amerequip provided some financial backing for the effort.

“I am so proud of our team members for stepping up and volunteering for this effort,” VanderZanden said. “It was an incredibly rewarding experience to work side by side with the family that will be the owners of the home. It was a good way for us to support and give back to the community that has supported us for more than 100 years.”

An Amerequip employee who assisted with the project toured the finished home on Monday and said he helped with drywalling. He said he had never drywalled before but the experience has him confident that he could do it on his own projects in the future.

John Weyenberg, president and CEO of Fox Cities Habitat, said, “This build really personifies what’s great about our Fox Valley communities. Without community partnerships, we could not provide innovative housing options to address the needs of income-constrained families in our community. Quality, stable housing is an essential part of thriving, connected communities. This build is an example of that.”

VanderZanden added, “I would like to thank everyone who played a role in this build, be it our team members, our leadership group supporting the build financially and the area individuals and businesses who brought food and beverages to our volunteers. It is a great demonstration of what teamwork and community are all about.”

A home blessing and prayer was part of Monday’s brief ceremony as Habitat for Humanity is a Christian organization.

A statement from the Guri family said, “My family and I are very thankful for everyone’s hard work and skills. I just want to say thanks to everyone in the office for your help and guiding me the right way.... We hope everyone is doing well. From my family to all of you that helped, each and every one of you who helped, thank you.”