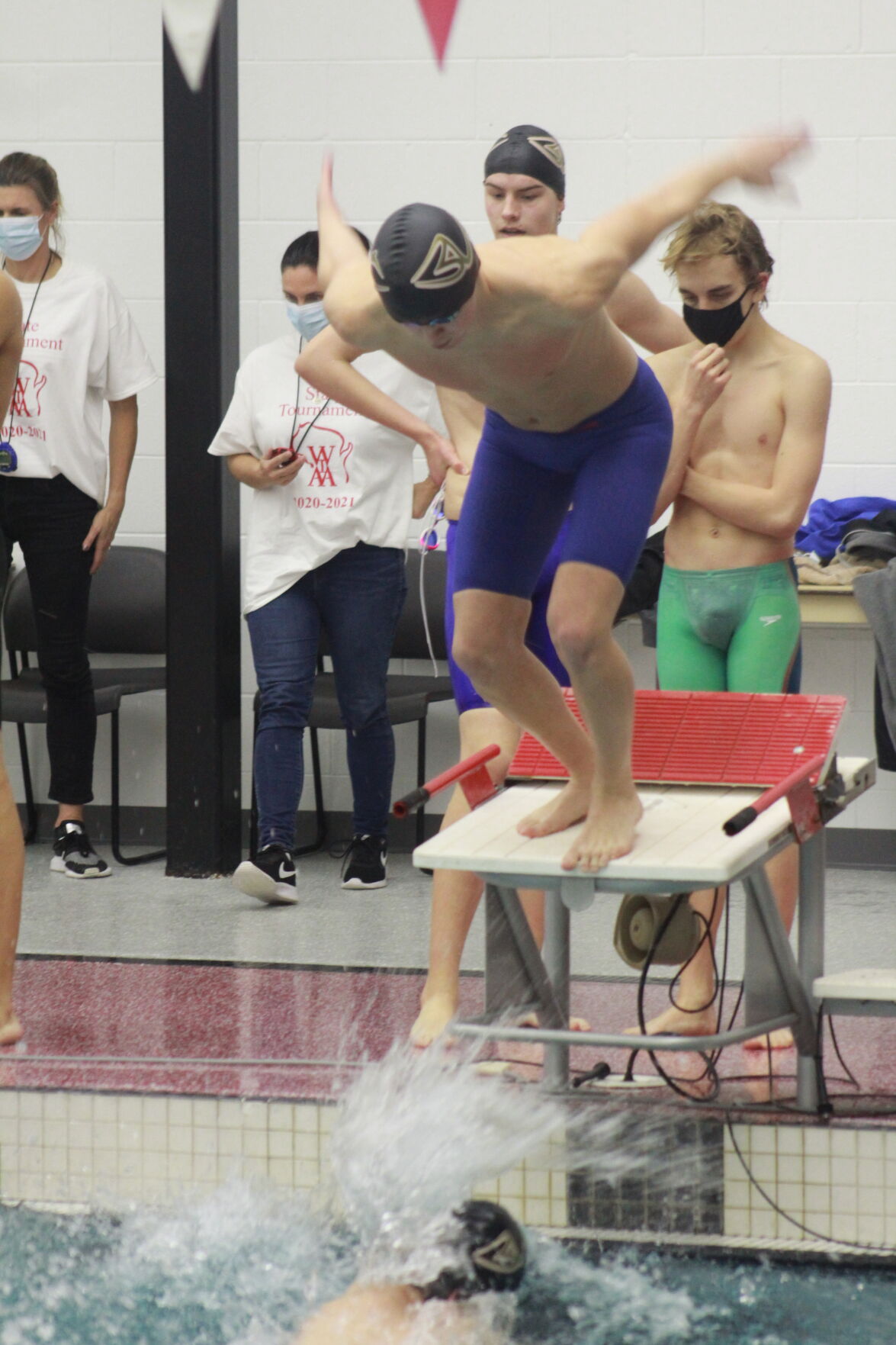 Bryce Van Rooy of Chilton blasts off the starting block as Dylan Ruebl finishes his leg of the 200 yard freestyle relay. Marcus Breckheimer and David Suttner await their shot in the background. 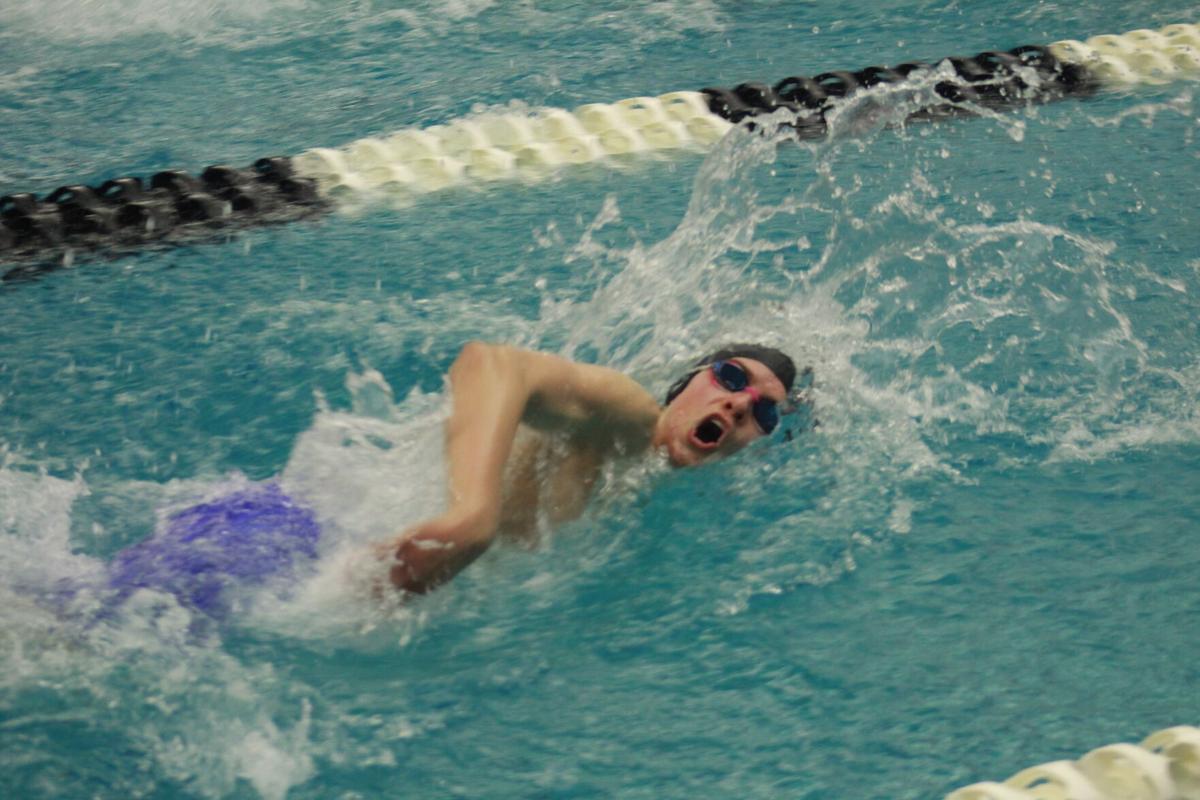 Bryce Van Rooy of Chilton blasts off the starting block as Dylan Ruebl finishes his leg of the 200 yard freestyle relay. Marcus Breckheimer and David Suttner await their shot in the background.

The swimming portion of the WIAA Division 2 is complete. Here’s a rundown of how the night went.

200 MEDLEY RELAY: Brillion/Valders/Chilton was 16th at 1:52.23. The team of Jack Shaver, Jack Feider, Bryce Van Rooy and Marcus Breckheimer. Feider filled in for David Suttner as coach Eli Shaver tried to save Suttner for 3 other races.

More on state swimming in next week’s Tri-County News with comments from coaches and athletes.